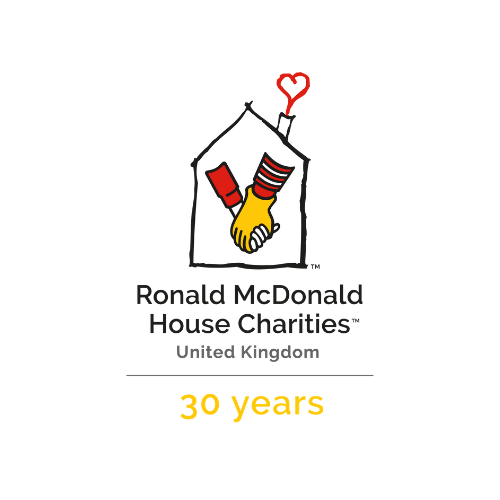 It all began in Philadelphia in 1974 when three-year-old Kim Hill, the daughter of Philadelphia Eagles football player Fred Hill and his wife, Fran, was being treated for leukemia at St. Christopher’s Hospital For Children.

During Kim’s three years of treatment, the Hills often camped out on hospital chairs and benches and ate makeshift meals out of vending machines, while they watched other parents doing the same thing. They learned that many of the families travelled great distances to bring their children to the medical facility but couldn’t afford hotel rooms.

And this is how the 1st Ronald McDonald House came to be opened in Philadelphia in 1974 – a home away from home for families of ill children. Today, there are 368 Ronald McDonald Houses in 64 countries and regions, providing over 7,200 bedrooms to families around the world each night, with an estimated value of $700 million in lieu of hotel costs!

In the UK, Ronald McDonald House Charities was established as an independent charity in 1989 & has just celebrated 30 years helping families with sick children. Since the very beginning RMHC has been McDonald’s charity of choice in the UK in 1989 & this is now widely accepted as being one of the largest and most enduring corporate/charity partnerships in history giving families across the UK hope and respite during some of the hardest moments of their lives.

We now have 12 houses in the UK stretching as far South as Brighton & up to Edinburgh in Scotland. Since I joined McDonald’s in 1996 I have been a passionate supporter of this charity & began to support it on a local level when plans to open a house in Manchester opposite the Royal Manchester Children’s Hospital were announced. Since the House opened in May 2012 I have been a member of the Fundraising Committee & for the last few years a Member of the Board of Governors. If you would like to get involved please get in touch, be it through volunteering, supporting events or helping to raise awareness……I am proud to be involved with this amazing charity & often think ‘there but for the grace of God’…….